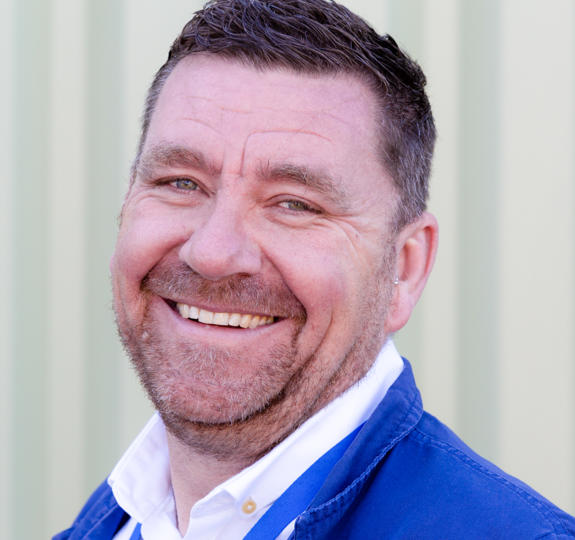 Futures Housing Group is celebrating National Apprenticeship Week! We're proud to work with Access Training to offer apprenticeships across our business, from our repairs team to our home choices department. Apprenticeships offer us a chance to invest in developing team members with the skills we need to support our customers and keep our organisation running while providing opportunities for people to start a new career, learn new skills and achieve a qualification.

“At Futures, we don’t just provide homes for people, however crucial that is. We also give people the chance to find out what they want to do in life, and offer on-the-job learning opportunities to help develop skills and build careers. Working closely with Access Training allows us to offer more apprenticeships and therefore not only give people safe, high-quality and affordable homes, but also to find secure, meaningful and enjoyable careers.”

This National Apprenticeship Week we're introducing you to some of our team members, so they can tell you what makes apprenticeships great.

How long have you been at Futures?

I started working for Futures before it was Futures – 25 years ago when we were still Amber Valley Borough Council. At the time I was given an opportunity at a local college to join their teaching staff and I worked my way up to be head of work-based learning, running the day-to-day delivery of their apprenticeship programmes in the construction field. While I was there, I moved into business development, promoting apprenticeships to local employers and showcasing how useful they can be to their business.

I returned to Futures two years ago, with a vision supported by our CEO to create an Academy for apprentices at Futures which would support them to become the next generation of operatives working in our teams. We took on 18 new apprentices, working towards a qualification in property maintenance, in addition to several team members who were part way through their apprenticeships. We also had a couple of team members who had just qualified and were settling into their new roles. In total, I oversee 25 apprentices at different stages of their apprenticeship journey.

Why are apprenticeships important?

There’s a real big push at the moment to open up apprenticeships and encourage people to consider them as a career option – they’re often aimed at people under 24, but they’re open to everyone!

I’m very passionate about apprenticeships and believe they offer an invaluable opportunity for people to get straight into the world of work, in an industry they’re interested in, and come out of it with a qualification.

People sometimes think of apprenticeships as completely different to the more ‘traditional’  paths into the workplace, like university, but really apprenticeships are just another way for people to achieve their goals.

If you want to, you can even do higher level apprenticeships at level 4 and above which give you the same qualifications as you would get at university. The only difference between going to university and doing an apprenticeship is that you’re spending more of your time learning on the job.

There’s nothing else like an apprenticeship, and they’re so important for giving people that first step into their chosen industry.

What makes a good apprentice?

A good apprentice is someone who understands that it’s not just about learning to lay bricks or pipes – the softer skills count too. You have to be able to get to work, be part of a team and a workforce and be really organised – you’re not just doing a job, you’re getting your qualifications at the same time.

It can be a big change for someone coming straight out of school – the first 6 months are often about settling in and getting used to a new industry and what work is like – but as long as you’re ready to get stuck in, ask questions and really want to learn, you’ll be fine!

What do you think the future looks like in the world of apprenticeships?

At the moment, like many things, it’s a little uncertain because of coronavirus and everything that’s happened as a result. However, before Covid hit we were just starting to ride the crest of a wave as a nation of people recognising the importance of apprenticeships, and there’s definitely an opportunity for us to get back to that. Apprenticeships are the future – and especially now, when people might be re-evaluating their careers or thinking about their retirement, it’s a great chance to create even more opportunities.

There have been great strides taken with the introduction of the apprenticeship levy, and as we move from frameworks to standards there’s a real energy that employers can embrace. In my previous work at the college, I would always point out to employers that apprenticeships are an opportunity to build a person’s skills so they match the needs of the business, rather than having to change the habits someone might bring from another organisation to meet their own.

Do you have any advice for someone thinking about doing an apprenticeship?

If you’re thinking about becoming an apprentice, it’s a great way to get started in a new career, and gain knowledge and skills. You can achieve your qualifications alongside working, and apprenticeships really are for everyone – it doesn’t matter about your background and as long as you’re under 65 when you start, you’re good to go.

There are lots of benefits to apprenticeships for people from all walks of life, whether you’re a bit more mature and at the beginning of a new adventure, or just out of school and want to get started in your career straight away.

At Futures, we’ve not really had to think about the whys because we recognise how valuable our apprentices are and the value they add to the business. If you’re an employer thinking about setting up an apprenticeship scheme I would really recommend it.

Text size
down
default
up