Our executive directors and board

Our Group Board and Executive Team work together to set our strategy and direction.

They also monitor our progress and are ultimately accountable for all that we do. 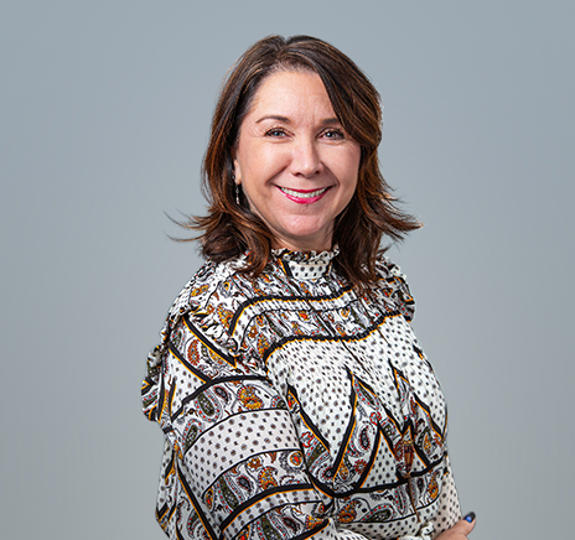 Lindsey has been Chief Executive since Futures was formed in 2003 as Amber Valley Housing. She is a passionate advocate for social housing and firmly believes that providing a home is one of the most important things you can do for someone.

She has been a strategic leader on various boards and is an active member of the Chartered Institute of Housing, currently playing a key role in helping boost the housing sector’s profile with central Government as part of the National Housing Federation’s Political Positioning Group. She is also an East Midlands Chamber of Commerce board member. 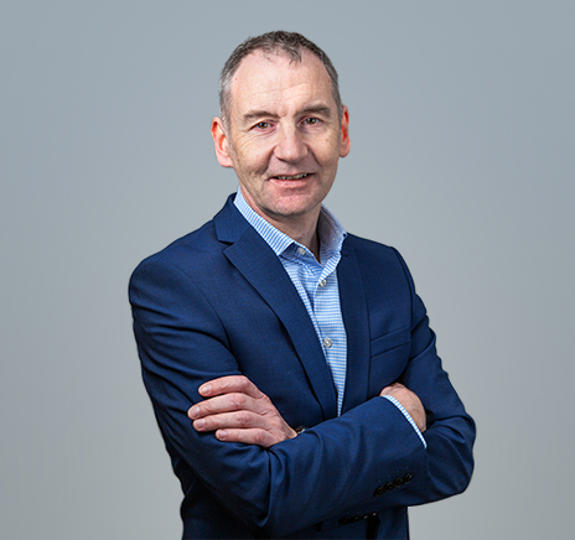 Ian joined Futures from KPMG where he led the social housing practice in the Midlands. In addition to having specialist knowledge of social housing he has wide ranging commercial experience obtained from working with a range of organisations including multi-national plcs.

He is a fellow of the Association of Chartered Certified Accountants and has extensive accounting and treasury management knowledge. 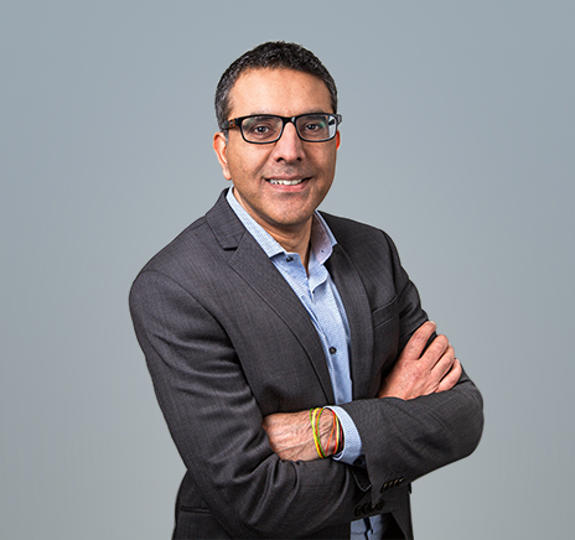 Suki joined Futures in January 2017 to head up our Customer Experience Directorate. He has extensive housing experience and was previously Regional Director (London) at Clarion Housing Group.

He leads our approach to creating effortless customer experiences, digital services, and the maximisation of existing housing assets. He has a broad and deep understanding of the sector and associated markets, efficiency, performance and cultural development, bringing extensive leadership understanding from his previous roles in a diverse range of organisations. 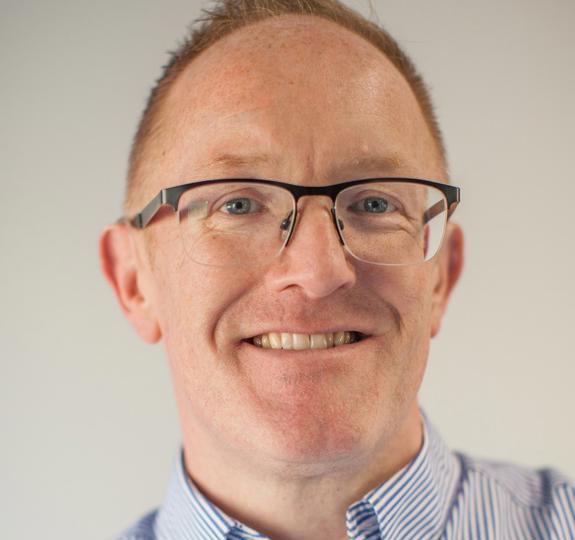 Ceri joined our Executive Team in 2020. He plays a leading role in delivering the ambitious growth plans set out in our new corporate plan with a particular focus on building strong partnerships. He is also responsible for strategic development, asset maximisation and investment.

Ceri brings a breadth of experience from the private and public sectors with over 20 years’ experience and a broad range of strategic and operational skills. He joins Futures from Flagship Group where he has been Head of Partnerships & Business Development since 2016. Before that he worked as Operations Director with London-based One Housing Group and as Director of Business Improvement and Performance with Kier Group. He also sits on the East Region Board of the Chartered Institute of Housing and is a Regional Council Member with the CBI (Confederation of British Industry).

Meet our Group Board. 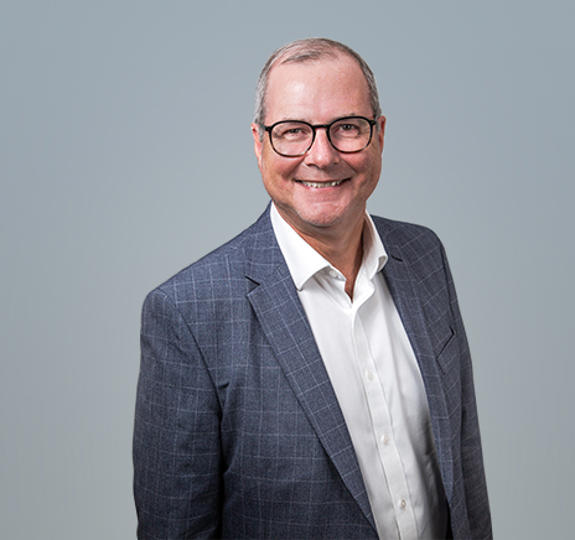 Mike has more than 30 years' commercial banking experience and 13 years as a Board member. He has specialised in the social housing, further and higher education, local government and large charity sectors. He has also worked as a senior member of the credit risk management team in a large commercial bank. 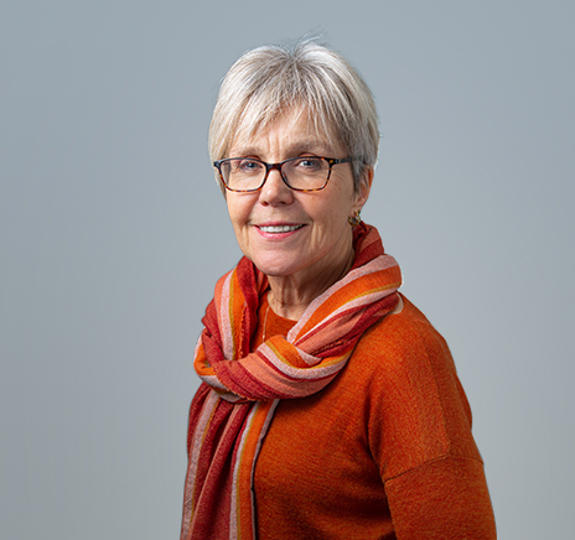 Sheila is an experienced Executive and Non-Executive Director. She has worked in housing since 1990 and has a degree in Housing. Sheila was  the Managing Director of (now Metropolitan) Housing Association in the East Midlands and Chief Executive of Rushcliffe Homes and has served on a range of Boards in health and housing. She also has employment experience in the not-for-profit, local authority and voluntary sectors. She has lived in West Bridgford near Nottingham for 30 years and is married with two grown-up children. Sheila has an allotment, loves walking and is attempting to learn French and Spanish. 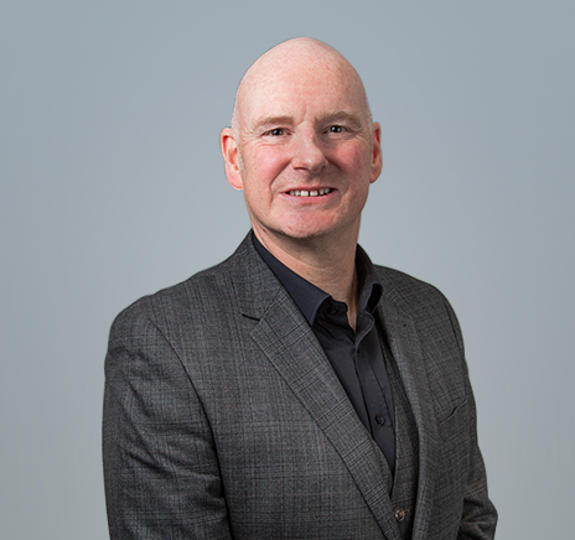 Steve Hale: Board Director and Chair of the Asset Investment Committee and Board of Limehouse Developments

Appointed to the Board in July 2015, Steve has over 30 years' experience in the social housing sector and construction industry in the both the public and private sectors. He has held senior positions in which he has overseen significant programmes related to capital investment, regeneration and repairs and maintenance. He is also a board member of Limehouse Developments Ltd, the Group’s property development company, and Chair of the Nottingham branch of Sands, a national charity. 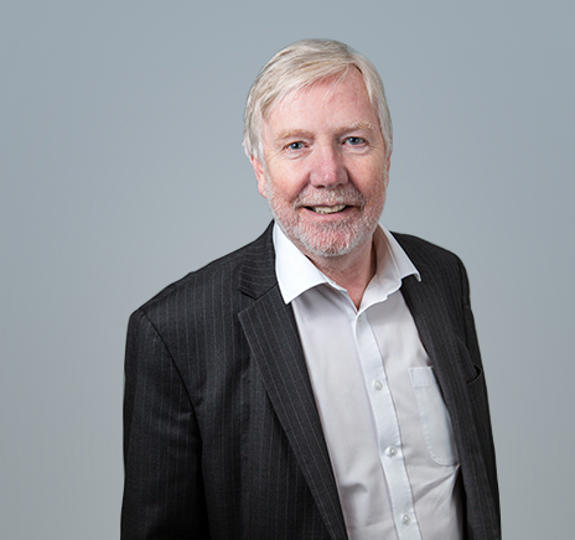 Ray Harding: Board Director and Chair of the Group Audit & Risk Committee

Ray is a Chartered Accountant with extensive managerial experience in diverse sectors and in many countries. He is a director of a primary care CIC and an NHS hospital Foundation Trust, as well as chairing a charity. He believes that housing is the most important area of public policy and hopes to contribute by giving an independent view to the Group’s governance. 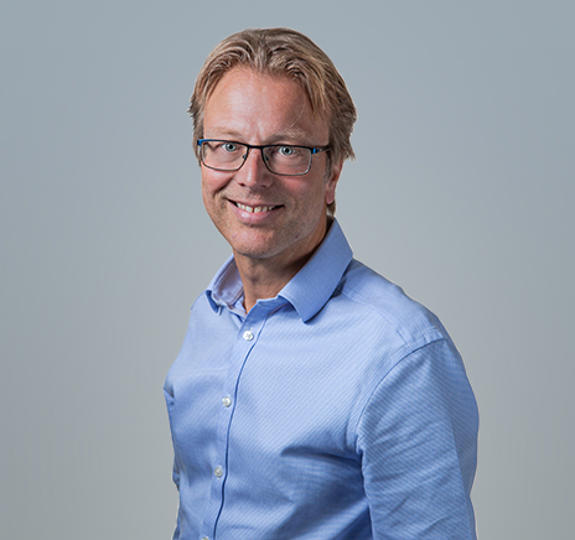 David has a commercial background predominantly in the food industry where he spent 20 years in senior executive roles. He has undertaken a range of non-executive activity since 2008.

He is currently on the Boards of the Food Standards Agency, the Publica Group, and an NHS out-of-hours service. He is also an advisor to two food businesses and now has significant experience of working with various Boards in various sectors. 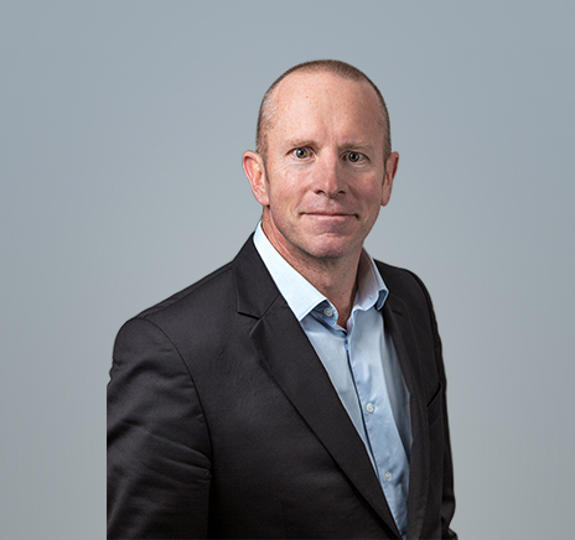 Tim has held senior roles in both the public and private sector, particularly in IT leadership and programme management. He spent a year lecturing at the University of Derby’s Business School, and more recently gained a Master’s in Finance and Accounting at Nottingham Trent University. He is a Fellow of the British Computing Society, a Chartered Engineer and a Fellow of the Higher Education Authority. He is also a Non-Executive Director at the UK Supreme Court.

Tim lives locally in the Belper area and is keen to contribute his experience and knowledge from outside the Social Housing sector to Futures Housing Group. 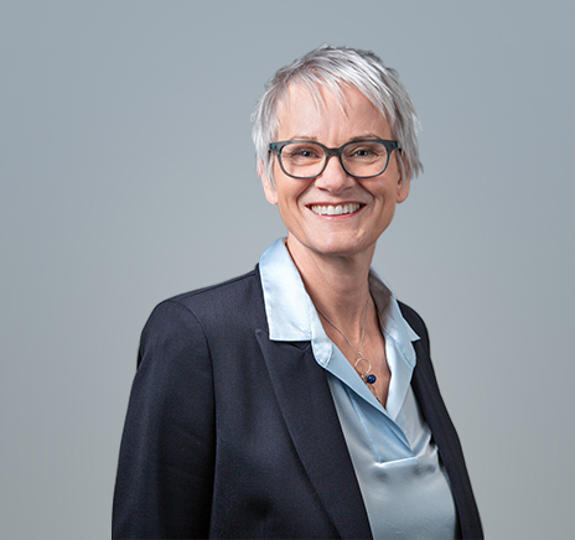 Appointed to the Board in May 2018, Mary is an experienced executive and non-executive director following 25 years in partnership as a real estate lawyer heading teams at law firms including Eversheds and Andersen Legal before becoming a consultant at Squire Patton Boggs.

Lindsey sits on the Board in her capacity as Chief Executive of Futures Housing Group. 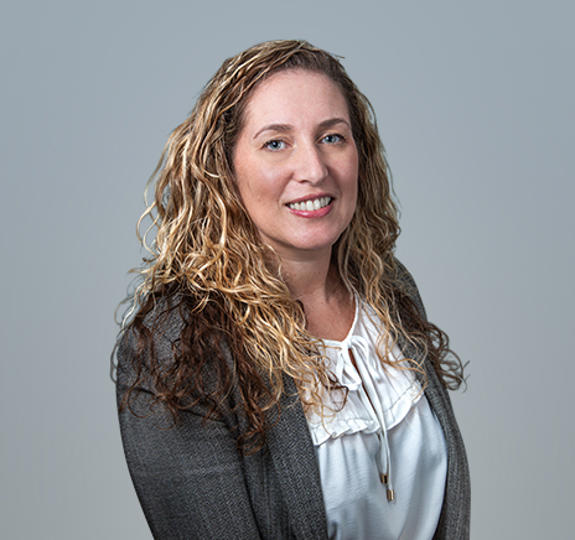 Ciara McMillan: Board Director and Chair of the Customer Insight Committee

Ciara has many years of experience working in the housing sector, most recently as an Account Director for Crimson supporting housing associations and local authorities to evolve, grow and digitalise using technology to enable transformational change.

Before this she worked for housing associations, leading neighbourhood management and community engagement services. 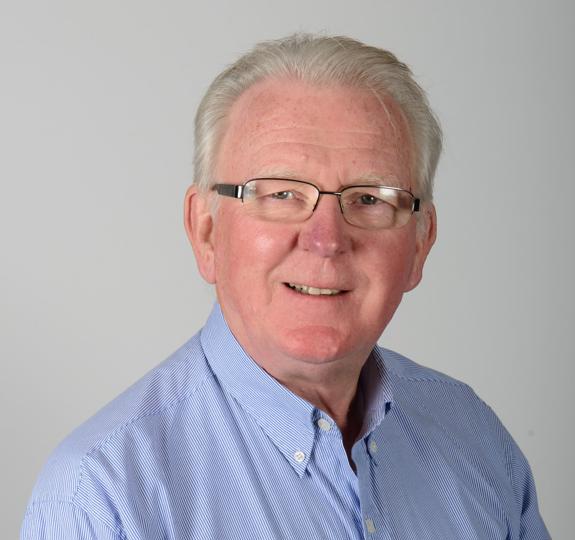 Tony was the Chief Executive of West Midlands-based Waterloo Housing Association for 32 years until he retired in January 2009. Starting in 1976 as the association’s first employee with little more than 30 homes and a £5,000 overdraft, he led Waterloo to become an Approved Development Partner with excellent performance indicators across a housing stock of 5,500 homes.

In October 2008 Waterloo created a partnership with Eastern Shires Housing Association to form Waterloo Housing Group, extending to 16,500 homes. Tony has successfully served as a Housing Corporation Statutory Appointee. He was a Visiting Fellow from 2005 to 2008 at the University of Central England where he is still invited as a guest lecturer on housing finance.​ Tony is also former Chair of Futures Housing Group. 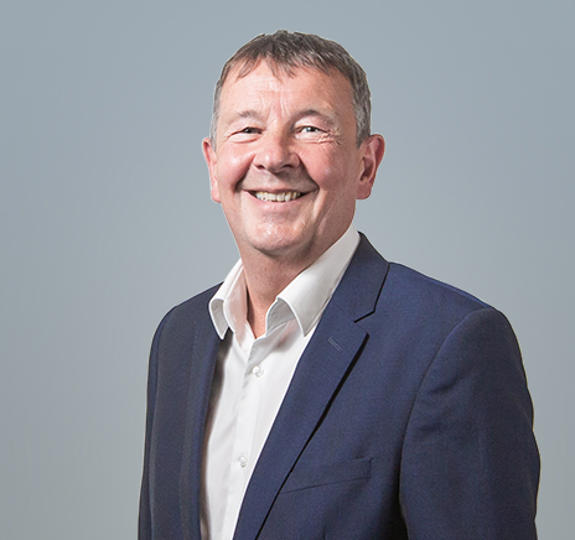 Peter joins Futures with a track record of over 40 years in the housing sector which includes substantial boardroom experience. His roles have encompassed procurement and finance as well as risk and compliance work. Most recently he was Commercial Director for Bloor Homes South Midlands while also holding a non-executive role with Trafford Housing Trust. Previously he worked for major construction companies including Taylor Wimpey Group and Bovis Homes. 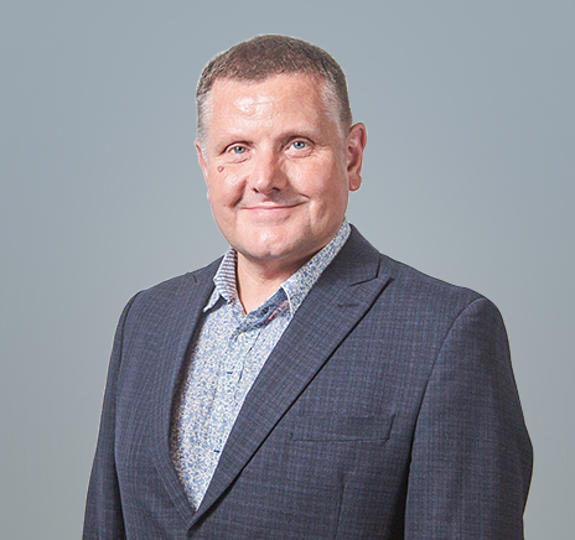 Jonathan is an experienced Board member with a financial background in healthcare and social care settings, including the NHS. He is currently Finance Director for a growing healthcare company, Pop, which runs GP practices and provides a range of community health services across Nottinghamshire. Previously he held roles as Chief Finance Officer of four statutory organisations with a total turnover of more than £1bn.

Text size
down
default
up